"The influence of a good teacher can never be erased." 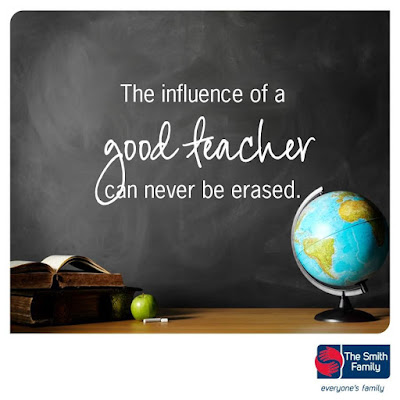 Lyle D. Fox died on November 9, 2020.  He was my first Principal at North Allegheny Intermediate High School when I was hired in 1976.  I was just 23 years old, and I was one of many young  teachers on the staff. In some ways,  Lyle was like our dad.  He was all about Education and being the best one could be. Although stern when he needed to be, Lyle had a great sense of humor, and his administration and our staff had many fun times at picnics and parties.

Lyle was a military man before he became a teacher.  He was a man to whom one gave respect.  Just by the way he carried himself, and with his strong physical presence, a person knew that Lyle was a man who knew himself and where he was going. I was chatting with him in his office a few times when an unruly student was brought in, and Lyle handled disciplinary issues with fairness and an open mind.  Although no one ever wants to be sent to the Principal's office, the punishment is easier to take when one knows his side will be heard.

When I first met Lyle, I remember him telling stories about all the jobs he performed for the fledgling North Allegheny Joint Schools, which had just become a new district.  Lyle taught Physical Education and coached the very first North Allegheny teams in Football, Baseball, Basketball, and Track and Field.  As if all those jobs were not enough to keep a person busy, he also was a bus driver and the custodian for the building! Thinking of all he did for the school district, it is difficult to create a realistic number of students whose lives Lyle impacted over those 35 years. Five classes a semester of 30 students each is 150, then add in the same number for second semester.  Think of how many kids played on each of the teams, plus the team managers and team assistants.  Add in the kids from study halls and the kids he knew from driving the bus.  I would have to guess that Lyle impacted many thousands of students in his 35 year career.

As a principal, Lyle held his staff to his own high standards.  In our last exchange of emails, Lyle asked me if any of "his people" (the teachers he hired) were still working. It is a great man who takes such ownership of his decisions. Lyle was both loved and revered by "his people."  In fact, that love inspired this post.

I remember when I became Varsity Girls' Golf Coach in 1978, and Lyle told me that I would come to love coaching even more than I loved  teaching.  Of course, he was right. In fact, I can't think of when Lyle was wrong or unfair during our years together in the building.  He always had an open mind and an open heart, and he listened with both.  I am just one person who is a better individual because of Lyle's influence on my life.

Rest in Peace, my old friend and mentor. Know that your influence will be felt for years to come, as others pay forward the life lessons you taught them.

Thank you. Lyle, for friendship and guidance through the years. 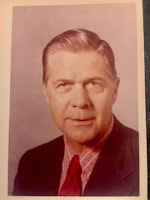 If you would like to know more about Lyle D. Fox, the following is what Lyle's daughter, Becky, wrote on the North Allegheny Facebook page.  He was quite a guy.

I am sad to report that our dad, Lyle Fox, passed away on November 9, 2020. He was 94. Most of you will know him as a former Administrator at North Allegheny Intermediate and High School. If you will, however, please allow me to take a moment to tell you more about his amazing life. He was born on a farm in Lawrence County not far from New Castle where he excelled in sports. Never one to brag about himself, when I asked what position he played in Football he would say he was an end and a guard. He sat at the end of the bench and guarded the water bucket. Upon discharge from his service in the US Air Force, where he told me he spent his time sweeping the runways with a big push broom when in reality he served on the base military police force, Dad was signed as a Pitcher with a farm team for the Cleveland Indians. After a career ending injury, he returned to Pennsylvania where he earned his Bachelor’s Degree in Physical Education from Slippery Rock. Dad was hired by North Allegheny Schools as one of the district’s original staff members. He was North Allegheny’s first head coach in Football, Baseball, Basketball, and Track and Field. Upon earning his Master’s Degree from University of Pittsburgh, Dad became an Administrator for the district and retired after 35 years of service. During his time at NA, he was a member of Ingomar United Methodist Church, served on several boards with the WPIAL, and had roles in most of the North Star Players productions. When anyone would ask him how he got his minor roles with the North Star Players he would say it was because they were using the school auditorium and he had the keys. Lyle loved to have a garden and a beautiful lawn. He was an amazing husband and an exceptional example as a father. He cared about his students and I’ve been told he treated those that visited his office with respect. He was loved and respected by his teachers and friends. Upon retirement, Mom and Dad moved to Ormond Beach, Florida where he volunteered and assisted in organizing the Ormond Senior Games. Life came full circle for him when he became the official score keeper of the Daytona Cubs minor league baseball team. He is a member of the Lawrence County Sports Hall of Fame as well as a member of the North Allegheny Sports Hall of Fame. In his final years Dad lived in Coppell, Texas. He is preceded by our mother, Marge, and our brother, Bruce. Both Cindy and I were blessed to be able to spend several days with him before his passing in the early morning hours on Monday. Besides Cindy and I as well as our husbands, Mark and Larry, he leaves behind 4 Grandchildren and 6 Great Grandchildren. We plan to have a memorial service in Pittsburgh for both our mother and father once this pandemic allows all of our family members to feel more comfortable traveling. We hope that many of you will join us when that time comes.
As always, I welcome your comments and suggestions. Rittman Publishing, LLC ®
Please invite Grady Gets Glasses (and me) into your school.  if you are not in the Pittsburgh area, we do virtual field trips with a group called Field Trip Zoom or we will come into YOUR classroom via ZOOM.www.Fieldtripzoom.com  and a company called www.StreamableLearning.com GRADY GETS GLASSES was the winner of Best New Children's Book 2016 and 2018 (new edition) from The Authors' Zone.Grady also won a 2018 prestigious Moonbeam Award for Best Children's Book with Merchandise. 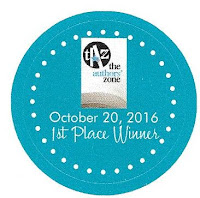 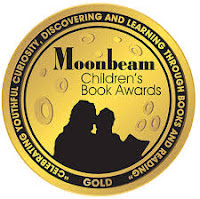 Visit Dede's web page for complete details on her award-winning book, STUDENT TEACHING: THE INSIDE SCOOP FROM A MASTER TEACHER. Many colleges have made the book required reading. Signed copies are available  www.dederittman.com Dede is also a national speaker on The Three C's for Classroom success: Confidence, communication, and Creativity; Avoiding Teacher burnout; and many other inspirational topics.
I LOVE writing. And I love writing children's books- my newest passion. Although it will be a ton of work, I am looking forward to selling my books.  Since I was a secondary teacher, I know that I have much to learn about elementary students, and I will have to follow my own advice and be my genuine self.  However, I also know that I am passionate about helping kids who have to wear glasses, and that GRADY GETS GLASSES sends a positive message. I am willing to work hard and do all the things that also made me a successful teacher for 37 years. I remain inspired!
Elementary teachers in Western Pennsylvania and beyond - I am willing to come into your classroom in person or as a virtual field trip through a group called Field Trip Zoom.  Check them out!  http://www.fieldtripzoom.com/
Teacher friends- let me know if you want me to read GRADY GETS GLASSES at your school. I am willing to come in to discuss the creative writing process, why writing is important, and personal fulfillment through writing, along with reading my book.  I would appreciate the exposure, and I would make signed copies available for purchase in your classrooms following the reading.  Please email me at dederittman@gmail.com  The website www.gradygetsglasses.com now has plush Grady bunnies for sale!
Please like Dede's new page Grady Gets Glasses for updates about her children's book. https://www.facebook.com/gradygetsglasses?ref=hl
Connect with Dede!
Twitter       @dederittman
Facebook   Dede Faltot Rittman or Rittman Rules
LinkedIn   Dede Rittman
Google +   Dede Rittman
Tumblr      The Bunny Teacher
Instagram   dede_rittman  and Gradygetsglasses
Pinterest   Rittman Publishing, LLC ®